Got to lie in this morning, which was nice. Went to breakfast with Fergus. Quickly washed my hair before the meeting then headed over. Meeting was fine, little boring but fine. Thinking of organising a Christchurch tournament. Seems tricky, the main problem is where to hold it honestly. Because it was almost time for lunch post-meeting, Fergus went for a run and I went to relax.

After lunch, Fergus and I met up with the Guatemalans and the Argentinians to go to the Nihon Ki-in. It was pretty nice hanging out with them. They taught me a little bit of Spanish on the walk over. We didn’t play at the Nihon Ki-in, but I bought two new go books to study a little bit with. 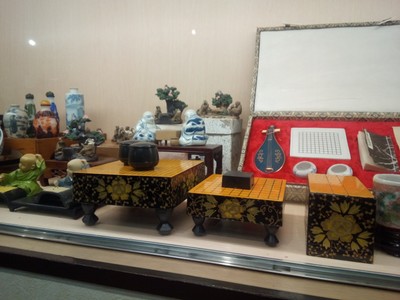 They knew where a go club was we could play for free at, so we headed there instead. Turns out someone they were playing with in the Araki Cup (was happening simultaneously to the main tournament) ran this go club and told them to come play for free. But the lady at the desk didn’t speak any English, and it was ~$45 to play, so we yeeted it out of there, because that’s nonsense. Was also pretty gross, everyone smoking inside. They wanted to check out Akihabara, so we headed on over. The Argentinian man thought it would be cool to go see an arcade, so we went inside. They played a few games, but then I had to get back to the hotel for dinner with Shinobu, so I had to dash. 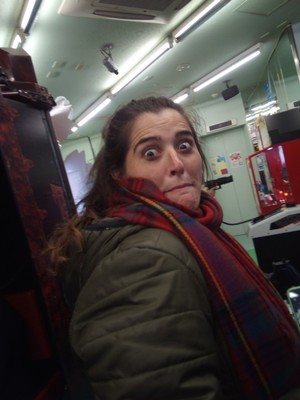 The Argentinian woman at the arcade 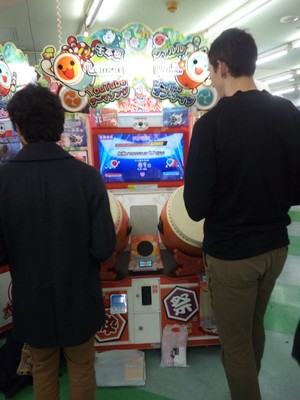 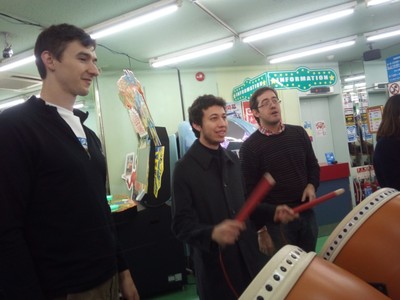 A Kiwi, a Guatemalan, and an Argentinian at the Akihabara arcade

Shinobu was already there by the time I got there, so I got into his car. He was with a friend (whose name I forgot). We went to dinner out in Yokohama, which was about an hour away by car. There was some terrible traffic so it took a little longer. Speaking of terrible, Shinobu was the worst driver I have ever seen. He was speeding, driving with the phone map in his hand, taking phone calls, driving one-handed the whole time, almost never using his indicators, and turning down streets he couldn’t turn down. For that last one he got pulled over by the police - a fun 7000 yen fine. They took me to a fancy Japanese-style restaurant, and got a meal called shabushabu. It was all thoroughly fancy and was very filling! There was so much food! Shinobu planned on taking us to the big ferris wheel nearby. He said it was the largest in Japan, but the third largest isn’t bad at all. Unfortunately it had just closed when we arrived. 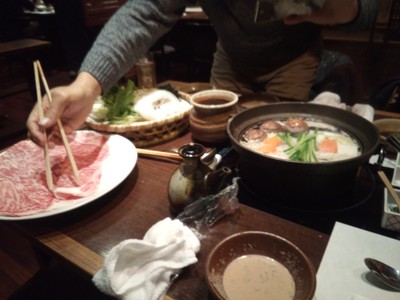 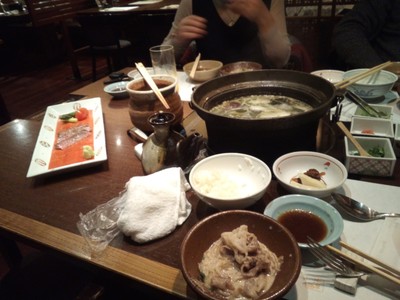 On the way back, it was back to the speeding! At one point he hit 80 in a 40km zone, and 120 in a 60km zone. It was quite scary. Very fast lane changes too. Almost got a pedestrian as well (looking at his phone). So that was fun. I was dropped off at the hotel and went straight to the go room! We’d arranged to meet a bunch of other pairs to play at 8. I was a little late but there were plenty of people still there. 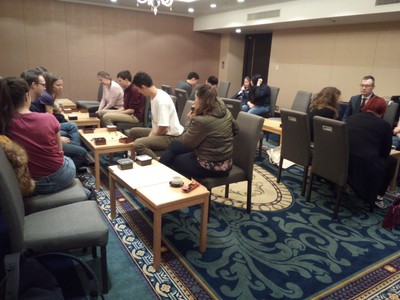 Playing Go into the wee hours 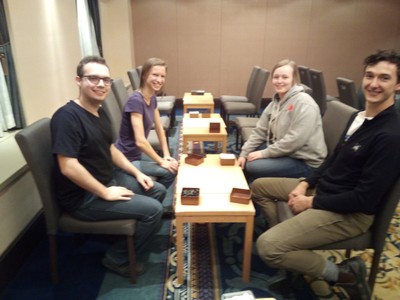 Late go playing with the Slovakians


I was up till 11:30, but then had to bail because of my early flight the next morning. I packed and got ready to leave, then went to sleep.

Posted by boredgoldfish 01:32 Archived in Japan