Crack of dawn! 4:30 alarm goes off, giving me 15m to get ready. It takes 20, but that's okay. The farewell from Harry is short - we're both tired, and I'm single-minded for my mission ahead. Check-in is easy, although I definitely should have done it the night before. I step through bag scanning and they call my flight number for boarding - perfect! Uneventful flight, although I do overhear some fun gossip from the air hostesses. In Auckland, I march between terminals. I'm a woman on a mission, and I know what I have to do. Step one: get to the international terminal. Two: ring the bell for an MPI officer. Three: try to explain to the office lady what I'm on about. Four: show the officer my bit of paper from a year ago. Five: collect my updated bit of paper. That's it, peasy as! Ostrich cloak will make it back into the country. I still have to carry the damn thing to my hostel, it doesn't fit into my backpack. Speaking of backpacks: disaster has struck! Going through scanning, when I was lifting it by the convenient lifting handle, it finally tore at one end. And the straps are thiiiiiiis close to giving way entirely. So imagine me lugging this bloody thing around on my left shoulder this whole time - painful! 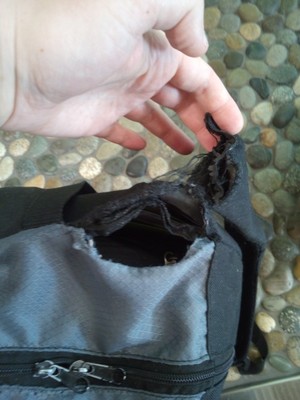 The international flight was a piece of cake. Ten hours long and tiring, with shitty meals, but the inflight entertainment was good and it gave me time to study my go. Getting through immigration and customs was a breeze. They've really made it quite a relaxing thing, which is impressive. The army of smiling old gents really helps, I think. It's smooth, and before I know it I've bought my train ticket and I'm off to Nippori station. An hour goes by fast, and I've got to make it to my hostel. 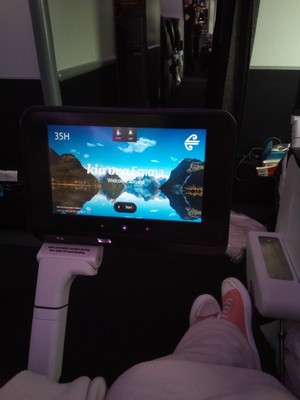 Best seat in the house

Look, it's weird, not going to lie. For starters, really hidden and hard to find! Once I did get inside using the code I'd been sent, though, there were no welcoming staff, just some other guest on his laptop who gave me a very brief rundown: wifi, shoe rack, beds, luggage storage. Luggage storage is against a wall, with a lock and thick wire for your belongings. 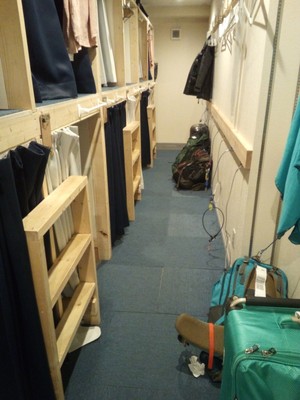 It feels like a capsule hotel, right up to where your curtains don't properly close and the outside light is on all night! It's here where I discovered two Facts. One: the mattress was Very thin. Two: two pillows, no duvet. 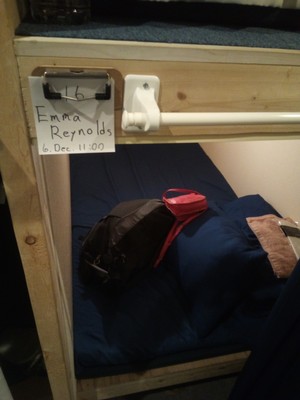 I hear mum's voice in my head, and mine replying: "are you bringing a sleeping bag?" "No, there'll be bedding there." Little did I know... It's a weird hostel otherwise. Seven sinks? Who needs seven sinks in one small room?

So, it's about seven now, and with wifi acquired it's time to go on the hunt for a sleeping bag and new backpack while I'm at it. Don Quijote is meant to be a huge discount store, so I'm definitely aiming for that. I passed just so many people, all in one spot, all on their phones. I glanced at one as I pass, and they're all playing Pokemon Go. When I later walked back to the hostel, there was no one there. As soon as I reached the train station though, disaster again! My phone is on 8% which quickly drops to 3% as I try to Google maps where on Earth this store is, leaving me map-less. I knew the station to get off at, but not the direction at all. This is also an issue as I needed the door code to get back into the hostel, which was on my phone. One brief freakout later, I sucked it up and got on the train. I got out of the train station and stared at a map with terror on my face, hoping someone will save me. This isn't very effective. I decided to just pick a direction and go for it. I found another sign across the road to stand and look lost at. Again, no one helped the poor white girl. The first guy I tried to approach ignored me completely, which is a poor start. After that though, it goes smoothly? I talked to a nice Spanish man, who checks I know who Don Quixote actually is (I do) and also sent me in completely the wrong direction, despite having Google maps open. I started to get very used to being pointed back in the direction I came from. The highlight was where I asked this couple "Sumimasen (excuse me), Don Quixote??" and while they were completely nonplussed, some random guy who was passing and spoke zero English except for one, two, and three, knew exactly what I was talking about and pointed me in the right direction. Many awkward interactions and being pointed back the way I'd come later, the last lady I ask walked me to the store, about half a minute down the road. There was no English sign, so I don't know what I was expecting.

Now, to imagine Don Quixote, think of the most sensory-friendly store you can imagine - wide aisles, easy product differentiation, signage, no music, soft lighting. Now take all of that and completely reverse it. You're close, just add three different songs playing at once constantly and flashing lights, and it's totally maze-like. You're getting closer. I shopped for a new backpack, a sleeping bag, and a portable phone charging brick. First issue: god I had no idea where anything was. Second issue: they didn't stock any sleeping bags. Turned out they stock seasonally. I grabbed a blanket instead I had just acquired all my items and was just about to head off, when I heard a French-accented English voice say "Now, where do they keep the throwaway masturbation devices?"

I had found my people. Mika and Sebastian were Japanese-Phillipino and South African-French, respectively. You do the maths. We had an adventure around the shop, looking for masturbation aids (many) and finding a wind-up toy of a man jerking off, looking for a Chromecast and getting shouted at by a frazzled store clerk, and finding the checkout and getting snubbed by the clerks. I hadn't taken out enough money, so Mika bailed me out (I paid her back). I discovered they were quite a bit older than me (they looked like babies), they adopted me ("Now, make sure you get on the train going the right direction!" "Yes mum"), we laughed lots, and we parted promising to find each other on Facebook.

I got back to the hostel, my feet aching. I discovered that in fact, one of the two pillows was a disguised duvet (and by disguised, I mean folded up). The blanket still was very helpful, it was a thin duvet. It wasn't a upcompletely wasted trip after all. Unpacked all my stuff, only to find: I hadn't bought the toothpaste I was meaning to buy. Took a short trek to the 24hr Family Mart and rediscovered the Japanese put everything in plastic bags. I finally crashed at midnight Japan time, meaning I was up for pretty much 24 hours.

A successful day, even if outrageously hectic.

Posted by boredgoldfish 23:09 Archived in Japan

Next Table of contents